You are here:
Community Events 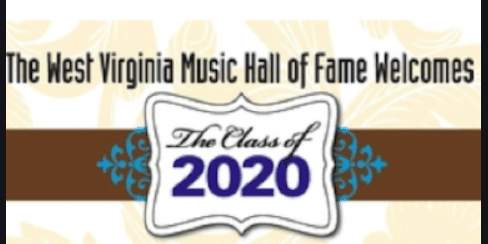 
The two-hour special will also be streamed on wvpublic.org, Facebook and Passport.

“We always look forward to the time of year when we get to broadcast the West Virginia Music Hall of Fame’s annual induction ceremony,” said Chuck Roberts, WVPB Executive Director. “But this year, it’s even more special to us because one of our own is being honored, and we couldn’t be prouder. Larry Groce, our esteemed host and creator of Mountain Stage, continues to shine a positive light on music and the Mountain State, and certainly deserves this distinction.”

The ceremony was filmed at the Culture Center Theater September 20-21 and will also include presentations and musical segments taped in Nashville, Los Angeles and Bakersfield, CA.

“It’s an honor for us as an organization to be able to showcase the talents of these artists,” said WVMHoF Director Michael Lipton. “And we feel it’s important for West Virginians to know and take pride in these musicians who have contributed so much to the rich quilt of American music.
“Due to restrictions imposed by COVID-19, we had to be creative in putting together this year’s ceremony,” Lipton added. “As a result we have a number of performances, presentations and remarks that were filmed in other parts of the country. While there’s no substitute for a live audience and live TV, I think we’ve put together a great show – and one that showcases the considerable talents of these West Virginia musicians.”

As the ceremony was filmed without an audience, the WVMHoF, a non-profit organization, was not able to sell tickets to offset production costs. However, during the show, viewers will be advised of a way to contribute by mail or electronically.

The WVMHoF’s eighth induction ceremony brings the total number of inductees to 58, representing all parts of the state and musical genres ranging from traditional, country and bluegrass to rock, opera, soul, R&B and gospel.

The house band will be led by 2008 WVMHoF inductee Charlie McCoy.
The show will be hosted by Leftover Salmon founder Vince Herman and Emily Miller, Artistic Director of Augusta Heritage Center. Short messages will be offered from past Hall of Fame inductees Peter Marshall (of “Hollywood Squares” fame) and Ann Magnuson. Also, welcome remarks will be made by Charleston Mayor Amy Goodwin and U.S. Senator Joe Manchin.

Bios, photos and music samples are available at www.wvmhof.com

More about the West Virginia Music Hall of Fame, including donating and becoming a member, can be found at www.WVMHOF.com; or call 304-342-4412