The show is a collaboration with Kanawha County Schools, Suddenlink Communications, and Jim Strawn & Company. 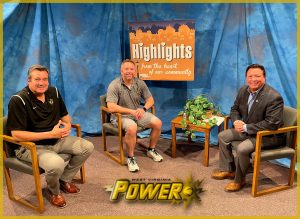 We are starting a new chapter in the history of Charleston, WV baseball.

Andy discussed how the Power became a member of the Atlantic League of Professional Baseball.

Shea is the current President & CEO of the Lexington Legends, a position he will retain while also managing the Power. Since starting as a Ticket Sales Representative and parking attendant with the Legends in 2005, the Boston College graduate has worked tirelessly to build long-lasting and mutually-beneficial partnerships with many local and national organizations in the Lexington area, including the American Diabetes Association, American Red Cross, Big Brothers Big Sisters, LexArts, March of Dimes and more. Shea previously served as the Legends’ General Manager from 2008 to 2011 before being promoted to President, and then CEO in 2015. Shea is a native of Philadelphia, Penn., and lives with his wife, Kristina, and son, Drew.

Shea said “The Atlantic League of Professional Baseball is the premier MLB Partner League and we are sincerely grateful for the City of Charleston, State of West Virginia and Major League Baseball for helping make this happen. This day is truly great for professional baseball in Charleston.”

Established in 1998, the ALPB has seen nearly 1,000 players sign contracts with MLB organizations, with an average of 50-plus each season. In addition, more than 70 former players and coaches from the ALPB are now managers or coaches for MLB organizations. Besides providing top-tier talent on the field, the ALPB is focused on presenting family-friendly entertainment in state-of-the-art facilities. Over its 23-year history, more than 42 million fans have made their way through the gates of an ALPB ballpark. All stadiums are required to be maintained at a Triple-A standard or better.

Most recently Domino was the Chief Executive of the Richmond Flying Squirrels for 10 years while consulting with numerous other teams including the Atlanta Braves Minor League teams and the highly successful operations of the Charlotte Knights, Hartford Yard Goats and Omaha Storm Chasers. He was previously the President of the Lehigh Valley Iron Pigs and Reading Phillies and is still the President of the Reading Phillies Charitable arm – Baseballtown Charities. Domino first met Andy Shea in 2014 when Andy hired him to consult for the Lexington Legends.

He talked about the safe, clean and family-fun atmosphere they will create at Appalachian Power Park. 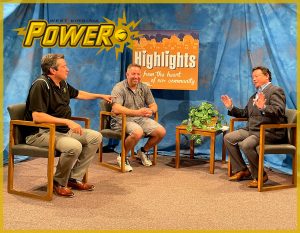 Opening night is set for Friday, May 28, 2021. Andy & Chuck encouraged all fans to check out this exciting new team in Charleston.