‘Batter Up, Baseball In Charleston’ Documentary Told Through Oral Histories 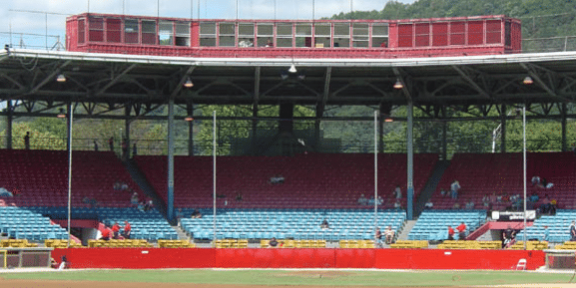 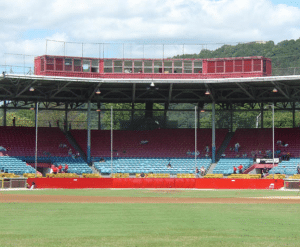 The documentary is scheduled to air on Thursday, June 20, 2019, which is WV Day.

Jim Strawn of Jim Strawn & Company was one of the fans who was interviewed for the piece.

The story airs June 20 at 8 p.m. on WVPB radio and streaming live at wvpublic.org.

“Batter Up: Baseball in Charleston” features a total of 28 voices that were captured over the course of 25 interviews with each person sharing their memories of baseball games at the two parks.

Batter Up, Baseball in Charleston is an audio documentary based on the memories of the people who have attended, and played in, the games over the years.

The documentary is based on oral histories recorded during FestivALL 2018. Twenty eight people sat down for 25 interviews to talk about baseball at Watt Powell Park and the new Power Park. The text of a few of the oral history excerpts are included below.

Stories in the documentary include the very first bat boy at Watt Powell Park with the Charleston Senators, tales of the Charleston Charlies in the 1970s and the advent of the Toastman — where it came from and what it all means.

Batter Up: Baseball in Charleston looked at baseball over five different periods: